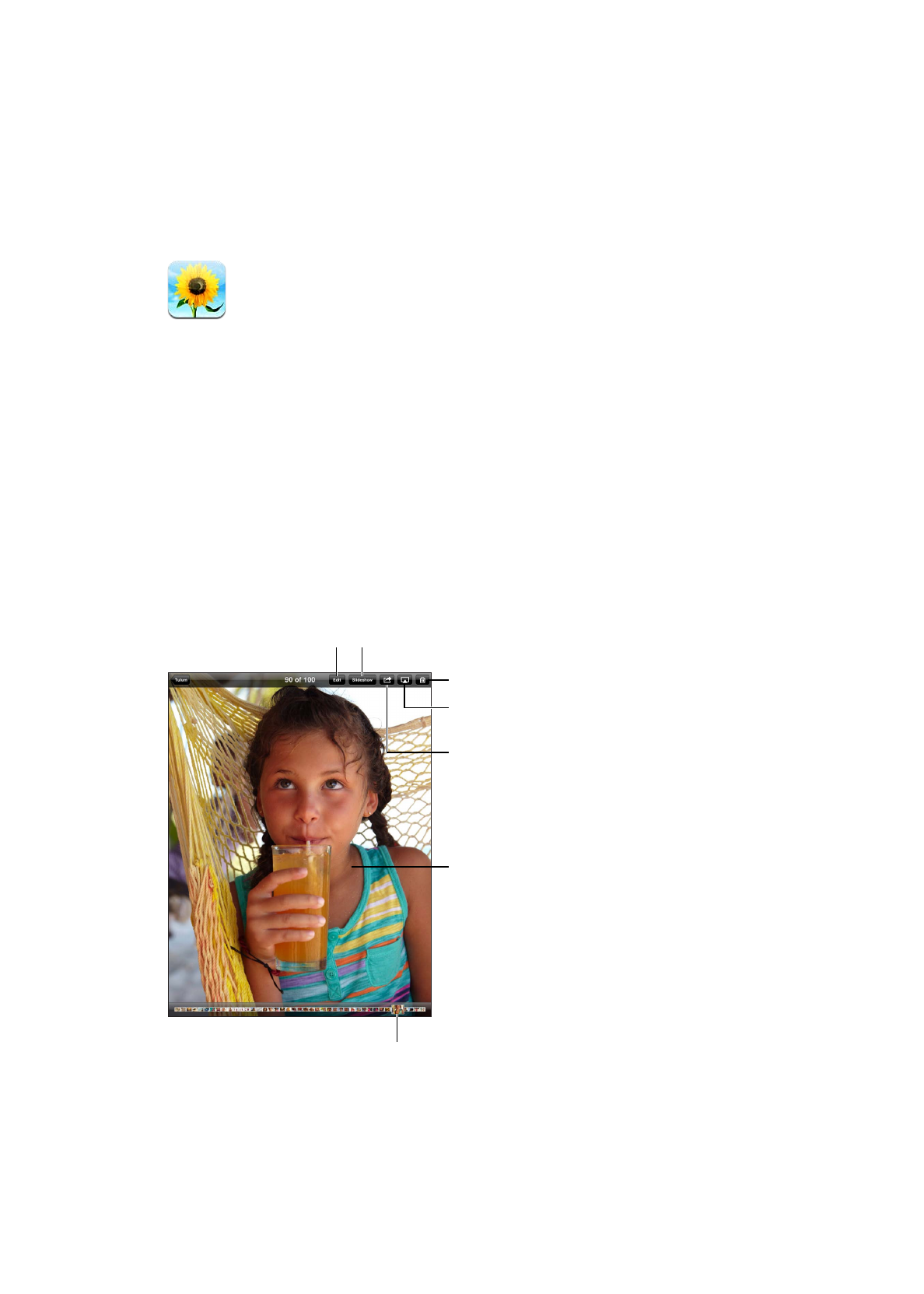 use it as wallpaper,

Tap the screen to

Tap the screen to 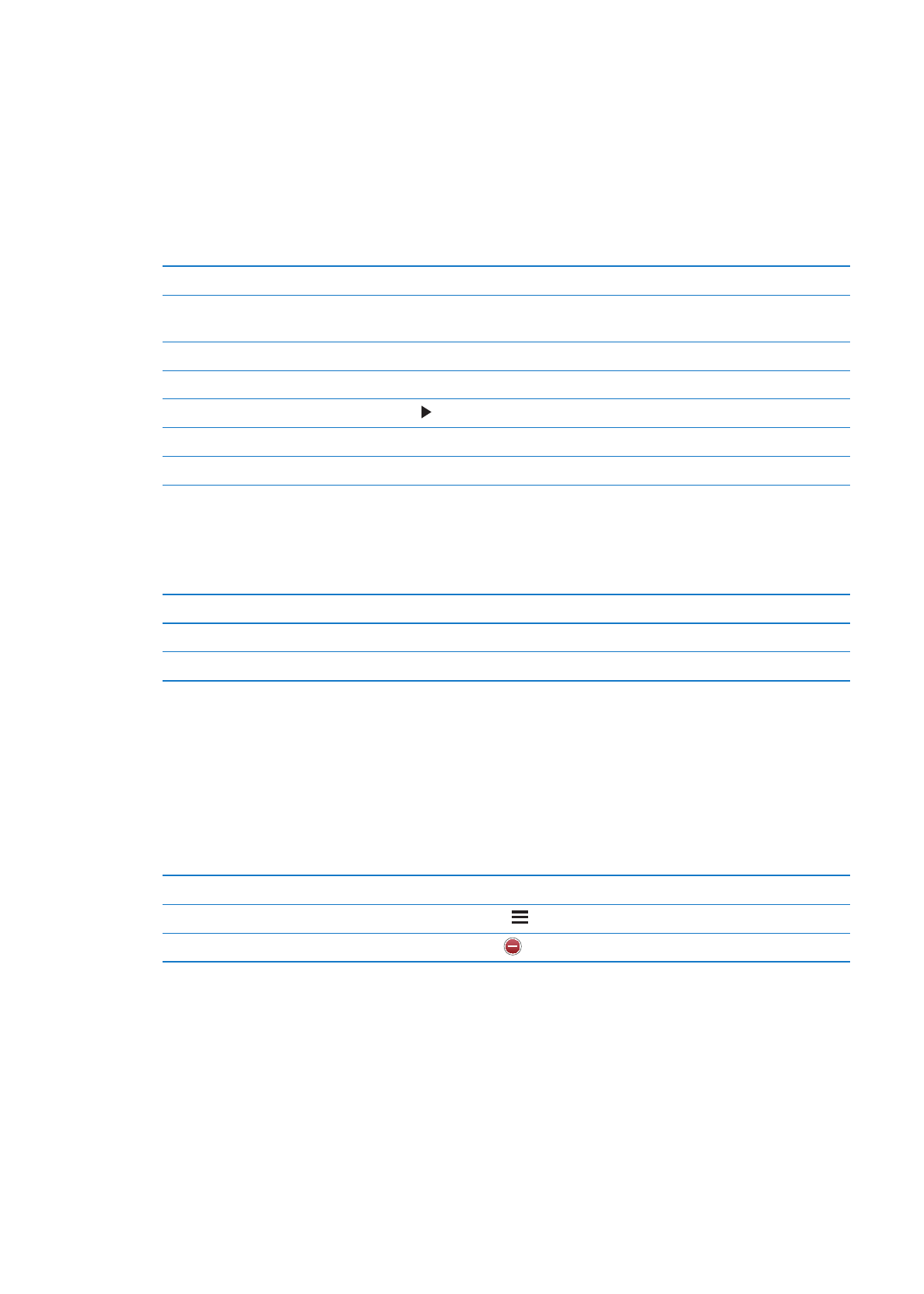 View photos and videos: Tap one of the buttons at the top of the screen. For example, tap
Album, then tap an album to see its thumbnails. Tap a thumbnail to see the photo or video
full-screen.
You can also pinch to open or close an album, view a photo or video full-screen, or return to
thumbnail view.

Albums you sync with iPhoto 8.0 (iLife ’09) or later, or Aperture v3.0.2 or later, can be viewed by
events or by faces. You can also view photos by location, if they were taken with a camera that
supports geotagging.

Show or hide the controls

Tap the full-screen photo or video.

See the next or previous photo
or video

Zoom in or out

Tap in the center of the screen.

Stream a video to an HDTV