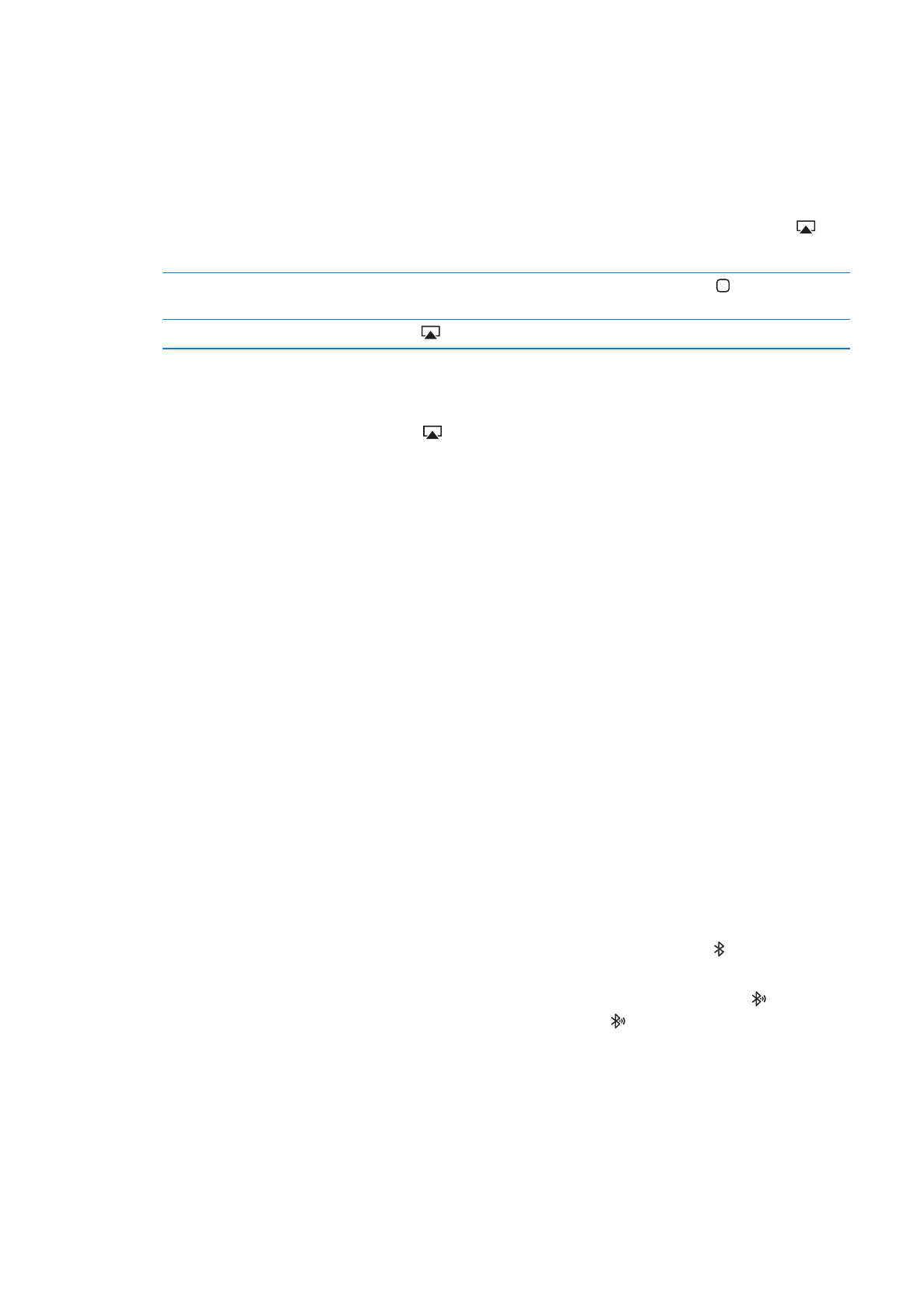 You can stream music, photos, and video wirelessly to your HDTV or speakers using AirPlay and
Apple TV. You can also use AirPlay to stream audio to an Airport Express or AirPort Extreme base
station. Other AirPlay-enabled receivers are available from third-parties. Visit the online Apple
Store for details.

When the screen is on, double-click the Home button and scroll to the
left end of the multitasking bar.

Switch playback back to iPad

A blue bar appears at the top of the iPad screen when AirPlay mirroring is turned on. You can also
mirror the iPad screen on a TV using a cable. See “Watching videos on a TV” on page 64.