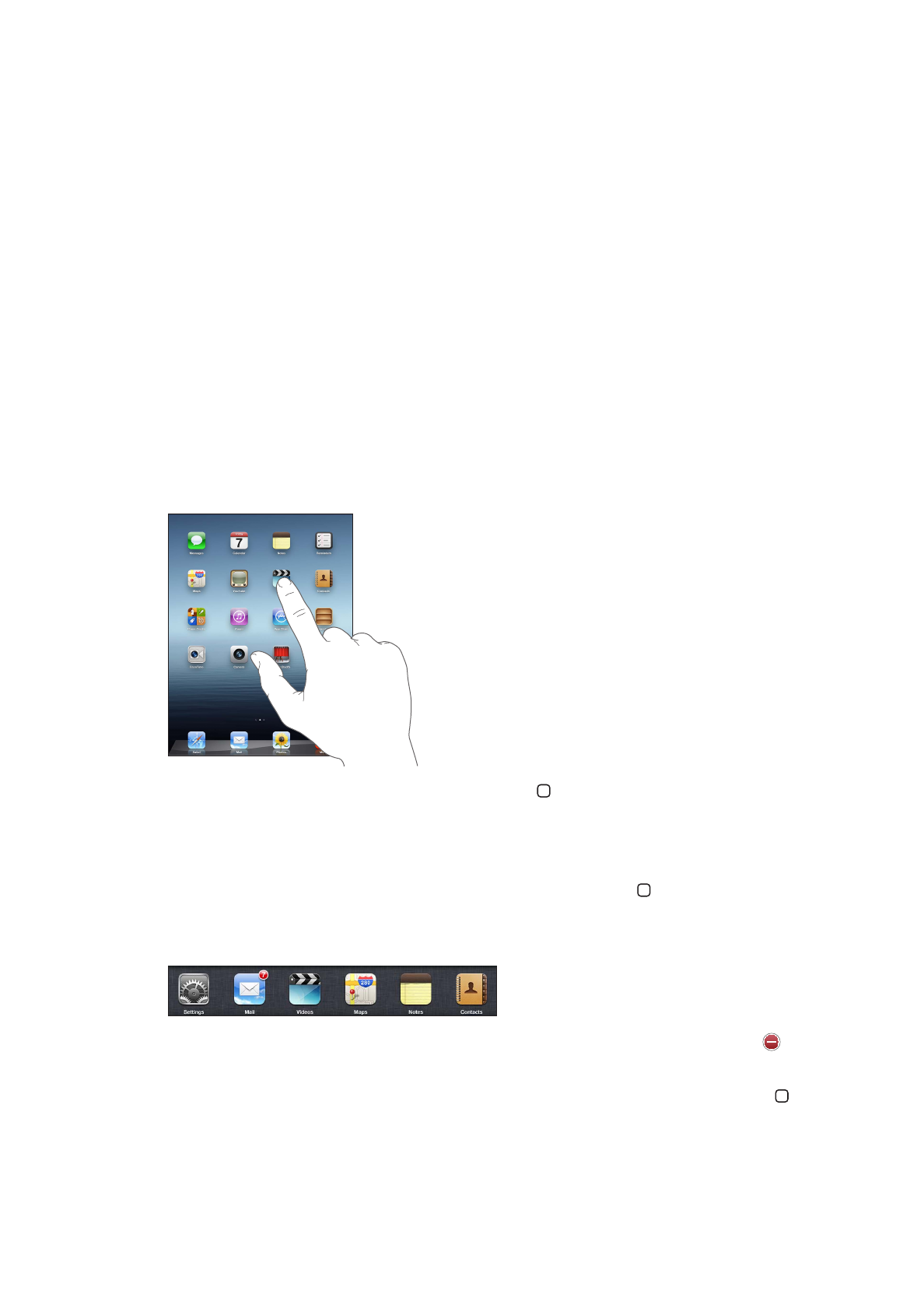 The high-resolution Multi-Touch screen and simple finger gestures make it easy to use iPad apps.
Open an app by tapping its icon. You can switch between apps, rearrange apps, and organize
them in folders.

Open an app: Tap its icon on the Home screen.

Return to the Home screen: Press the Home button , or pinch four or five fingers together on
the screen.
Multitasking allows certain apps to run in the background, so you can quickly switch between the
apps you’re using.
View the most recently used apps: Double-click the Home button .
The most recently used apps appear in the multitasking bar at the bottom of the screen. Flick left
to see more apps.

Force an app to close: Touch and hold the app icon until it begins to jiggle, then tap .
The app is added to the recents list again, the next time you open it.
Lock the screen orientation or use the music controls: Double-click the Home button , then
flick along the bottom of the screen from left to right. 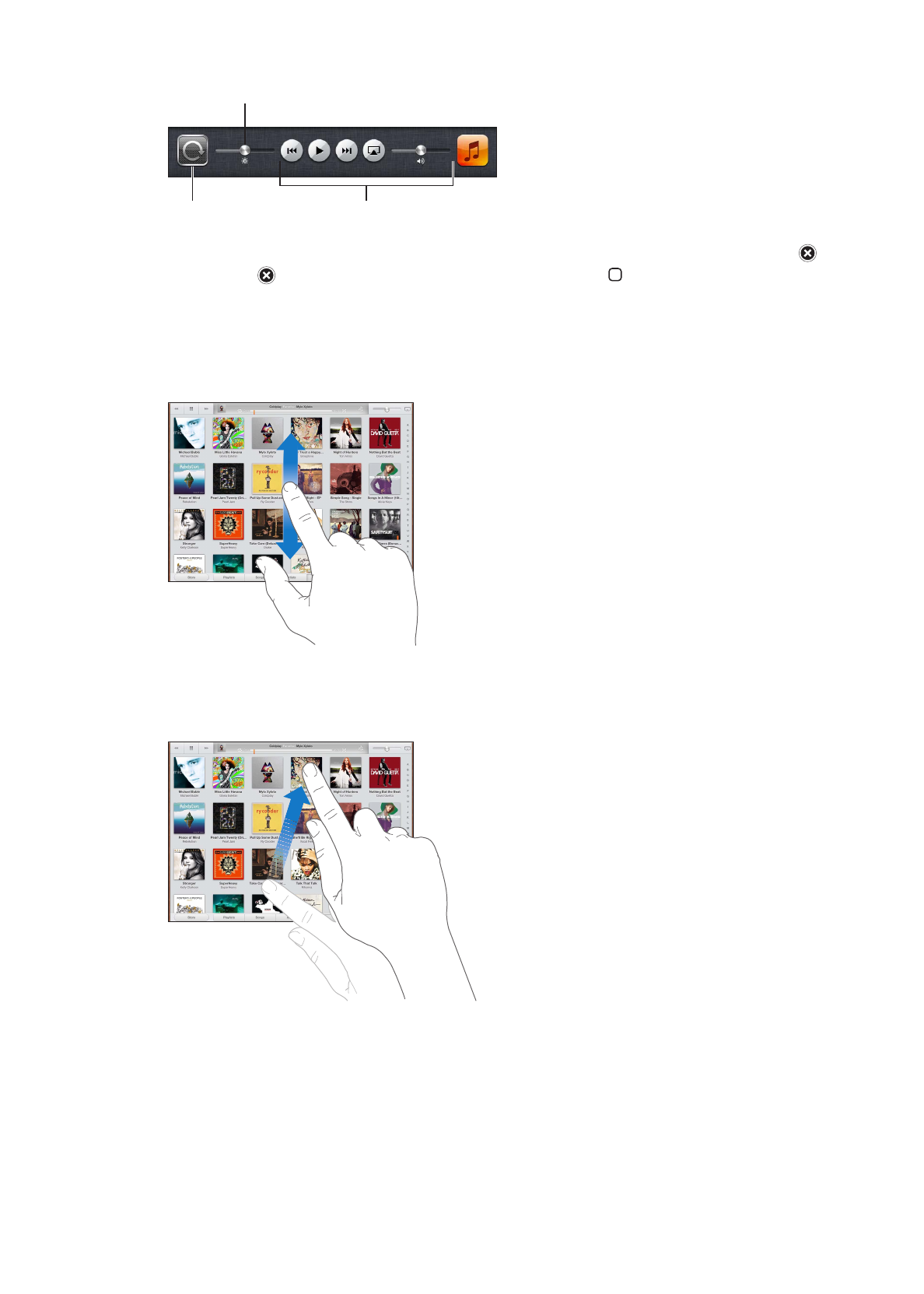 Delete an app from the Home screen: Touch and hold the app icon until it jiggles and an
appears. Tap to delete the app, then press the Home button .

Deleting an app from iPad also deletes the documents and data created by the app.

Drag up or down to scroll. You can also scroll sideways in apps such as Safari, Photos, and Maps.

Dragging your finger to scroll doesn’t choose or activate anything on the screen.

To quickly scroll to the top of a list, webpage, or mail message, tap the status bar at the top of
the screen.