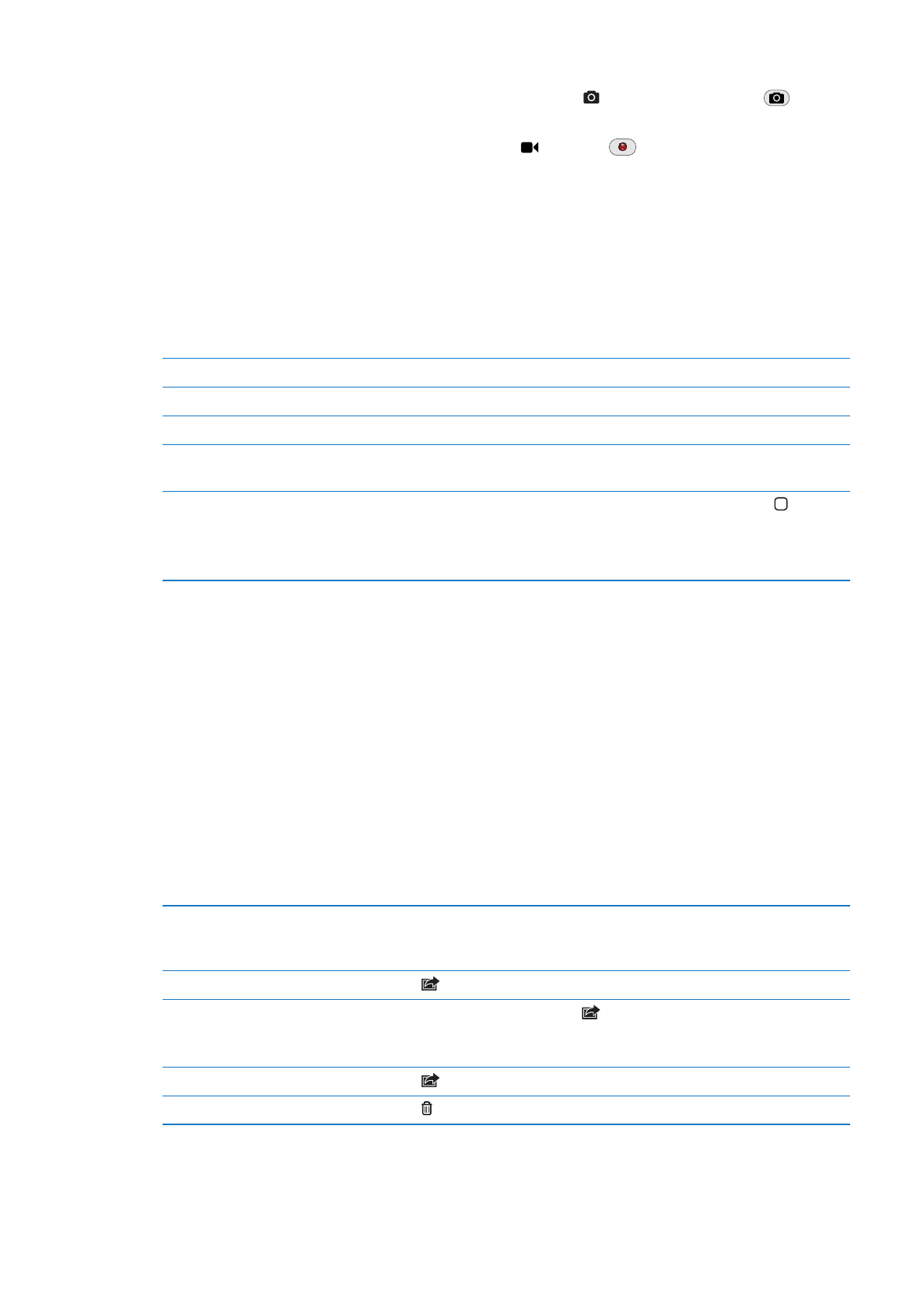 Take a photo: Make sure the Camera/Video switch is set to , then aim iPad and tap

also take a photo by pressing the Volume Up button.
Record a video: Slide the Camera/Video switch to , then tap

to start or stop recording, or

press the Volume Up button.
When you take a photo or start a video recording, iPad makes a shutter sound. You can control the
volume with the Volume buttons or the Side Switch.

Note: In some areas, the shutter sound isn’t silenced by the Side Switch.

A rectangle briefly appears where the camera is focused and setting the exposure. When you
photograph people, iPad (3rd generation) uses face detection to automatically focus on and
balance the exposure across up to 10 faces. A rectangle appears over each detected face.

Zoom in or out

Pinch the screen (back camera, in camera mode only).

Turn on the grid

Tap the person or object on the screen.

Touch and hold the screen until the rectangle pulses. AE Lock appears on
the screen, and the exposure remains locked until you tap the screen again.

Press and release the Sleep/Wake button and the Home button at the
same time. The screenshot is added to your Camera Roll album.
Note: On an iPad without a camera, screenshots are added to the Saved
Photos album.